Attractor neural networks, as dynamical systems are usually used as models for solving a variety of problems. Because of their inherent nature of parallel and distributed information processing, attractor neural networks are promising computational models for a wide variety of scientific and engineering applications including process control, signal and image processing, pattern recognition and classification, etc. This work explores the emergence of spatially localized information in Attractor Neural Networks with metric connectivity. The spatial information examined is arranged in blocks and bumps activity/memory structures and characterized on the small-world topology (local to random connectivity) of the network. The transition between local (spatially structured) and global information is evaluated for the network storage capacity and the network topological parameters. Applications to real world patterns are investigated. The feasibility of storing and retrieving automotive traffic videos using a sparse-coding ANN with a small-world topology was demonstrated. The approach was successfully tested on two complex patterns, the traffic video sequences of a Kiev crossroad and a Valencia roundabout, for different combinations of the involved network parameters. In another application, the metric network was successfully tested for different noisy fingerprint configurations, and the retrieval proved to be robust with a large basin of attraction. The dynamical evolution led to a final network state that matched better to the corresponding reference fingerprint, from an apparently more distant candidate, helping to distinguish between two fingerprints which could be attributed to the same individual. Also, overlapped fingerprints found in forensic scenarios could be separated using metric attractor neural networks. Finally, the recognition of 2D gestures is presented, an attractor network ensemble is used to learn the highly correlated dataset. The patterns are divided in subsets, that are assigned to different ensemble modules. The attractor ensemble proved to recognize the gestures for different initial condition showing robustness to gesture translation, multi-stroke and rotation to a certain degree. The input optimization of the patterns to the ensemble subsets to maximize the pattern retrieval in terms of quantity and quality opens up an interesting approach to pattern recognition using attractor networks. 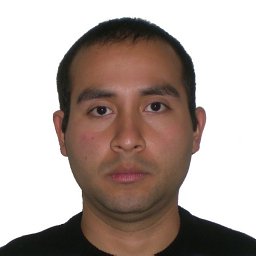 Mario Gonzalez
Mario Gonzalez received a Ph.D. in Computer Science from the Autonomous University of Madrid (UAM) in 2012. His doctoral research was carried out within the Research Group of Biological Neurocomputation of the Polytechnic School at UAM, participating in projects funded by the Ministry of Education and Science of Spain. He made a doctoral stay at the Faculty of Engineering of the University of Porto (FEUP), Portugal, funded by the EMECW Lot 20 program. He is currently a lecturer and researcher at Universidad de las Américas, Quito, Ecuador. He has published in the area of Artificial Intelligence, information processing using neural networks, complex systems and socio-physics. He has collaborated in multidisciplinary projects in areas such as Attractor Networks modeling and pattern recognition, Air Quality modeling using machine learning, Tele-medicine for physical activity detection and rehabilitation, and Socio-physical modeling, among others.